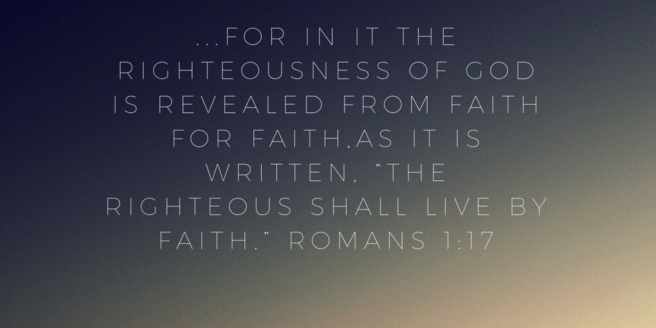 There was a pastor ministering out of a building that his congregation had outgrown. He and his wife decided to find a bigger building for the congregation. They had no money; nor a clue of where God wanted them to move.

They decided to go online and drive around searching for available spaces. They saw many locations, and set many appointments to view locations but nothing spoke to them. Well, finally one day they found a building that the Lord told them was theirs. They immediately grew with excitement. They walked around the parking lot declaring what the Lord spoke to them during days and the nights following for many weeks.

Long story short, one day the pastor drove by the building and to his surprise, there was a big sign in the yard with a pictuce of another pastor and his wife, the chains were no longer on the building; the building had been sold. With dismay and disapointment the search began all over again.  The pastor thought to himself in bewilderment,  ‘How could this be? I know God spoke to me, this was supposed to be our location.’

A little discouraged and a whole lot of disappointed, the pastor and his wife began to search other locations. The difference between this search and the last one is, on this search the Lord did not speak to them about any of the locations they viewed,  so they stopped searching.

A year has past and the congregation now has grown even bigger. The pastor and his wife have given up on looking for a new location because they were unable to find one fitting. As he drove home one day, the Lord spoke to him to drive by the building that was now occupied. He turned his vehicle around and drove to the church. This time he noticed there were chains on the door and the picture of the other pastor and his wife was gone. His heart fluttered with excitement. He drove home and told his wife. She advised him to call and check to see if it really was vacant. They contacted the owner and it was. There was one problem, the owner said they could have it if they could make a $100,000.00 down payment. Knowing he did not have that kind of money the pastor said to the owner, ….”Okay, I will get back with you soon.”

Sunday during service God spoke to the pastor that in this offering the congregation would give supernaturally, well out of the 200 people who were there, the offering collected was $14,000.00. What a miracle that was, within the next few weeks they received the full amount for the down payment of $100,000.  As of today, its been 2 weeks since they moved into the church.

We have to remember that Eccl. 3:1 says ‘There is a time for everything, and a season for every activity under the sun’ (NIV). When it is your time no matter how it is looking God’s will, will prevail, Proverbs 19:21 says ‘Many are the plans in a man’s heart, but it is the LORD’s purpose that prevails’ (NIV). It may look as though the time has passed or we missed it, but the truth is we are on God’s time not ours.

During these periods when you have seen the ending from the beginning or you have been given the promise and it has not come to pass nor does it look like it will, hold on by faith, what God has promised surely will come to pass. Remember Joseph had a vision of the promise years before it came to pass. If you are waiting don’t be discouraged perhaps someone connected to your promise is not ready or YOU may not be fully prepared. We have to trust God and know that He is God, not us.

In the true story about the pastor and his church it looked like the church belonged to someone else although the pastor knew in his heart God said it was for him. It looked like defeat, someone else received his promise, but when it is not of God it will not last. We must continue to live by faith no matter how it looks, all things are working together for good to us who love God and are called according to his purpose.

One thought on “The Just Shall Live By Faith”